In 2017 the Youth Board of Cyprus established the National Youth Strategy 2017-2022 (NYS), which is the first youth policy document in Cyprus. The National Strategy was adopted by the Council of Ministers on 18 May 2017.

The National Youth Strategy highlights the need to invest in young people and commits the government to identify and address the needs of young people, which must be documented through dialogue and research. It also prioritises the rights of young people and aims to have a positive impact on current social and economic conditions so as to enhance prosperity and full participation of young people.

The NYS is the outcome of cross-sectoral cooperation, based on the active and direct involvement of Ministries, government bodies dealing with young people, youth organisations and young people themselves. The National Youth Strategy allows for coordinated actions to be taken on a national level, which will have a greater impact on young people’s lives. Utilising their resources efficiently, these bodies will be able to achieve more by avoiding overlaps and gaps. At the same time, the National Youth Strategy ensures the participation of young people themselves in matters that directly concern them, which is their fundamental right and enables them to play a vital role in their own development, the welfare of their community and the cohesion of society.

The NYS was based on the European Youth Strategy, therefore it has the following main policy fields of action: 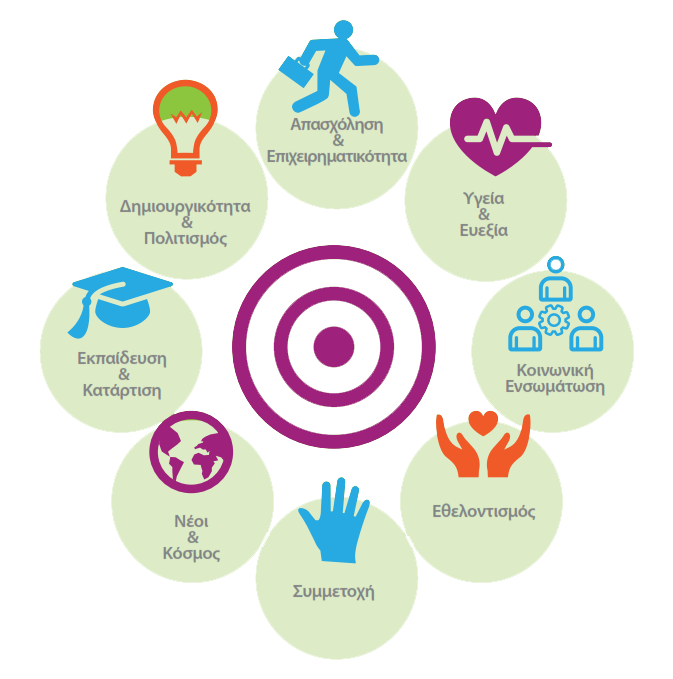 Scroll to top
We use cookies on our website to give you the most relevant experience by remembering your preferences and repeat visits. By clicking “Accept All”, you consent to the use of ALL the cookies. However, you may visit "Cookie Settings" to provide a controlled consent.
Cookie SettingsAccept AllReject AllRead More
Manage consent

This website uses cookies to improve your experience while you navigate through the website. Out of these, the cookies that are categorized as necessary are stored on your browser as they are essential for the working of basic functionalities of the website. We also use third-party cookies that help us analyze and understand how you use this website. These cookies will be stored in your browser only with your consent. You also have the option to opt-out of these cookies. But opting out of some of these cookies may affect your browsing experience.
SAVE & ACCEPT